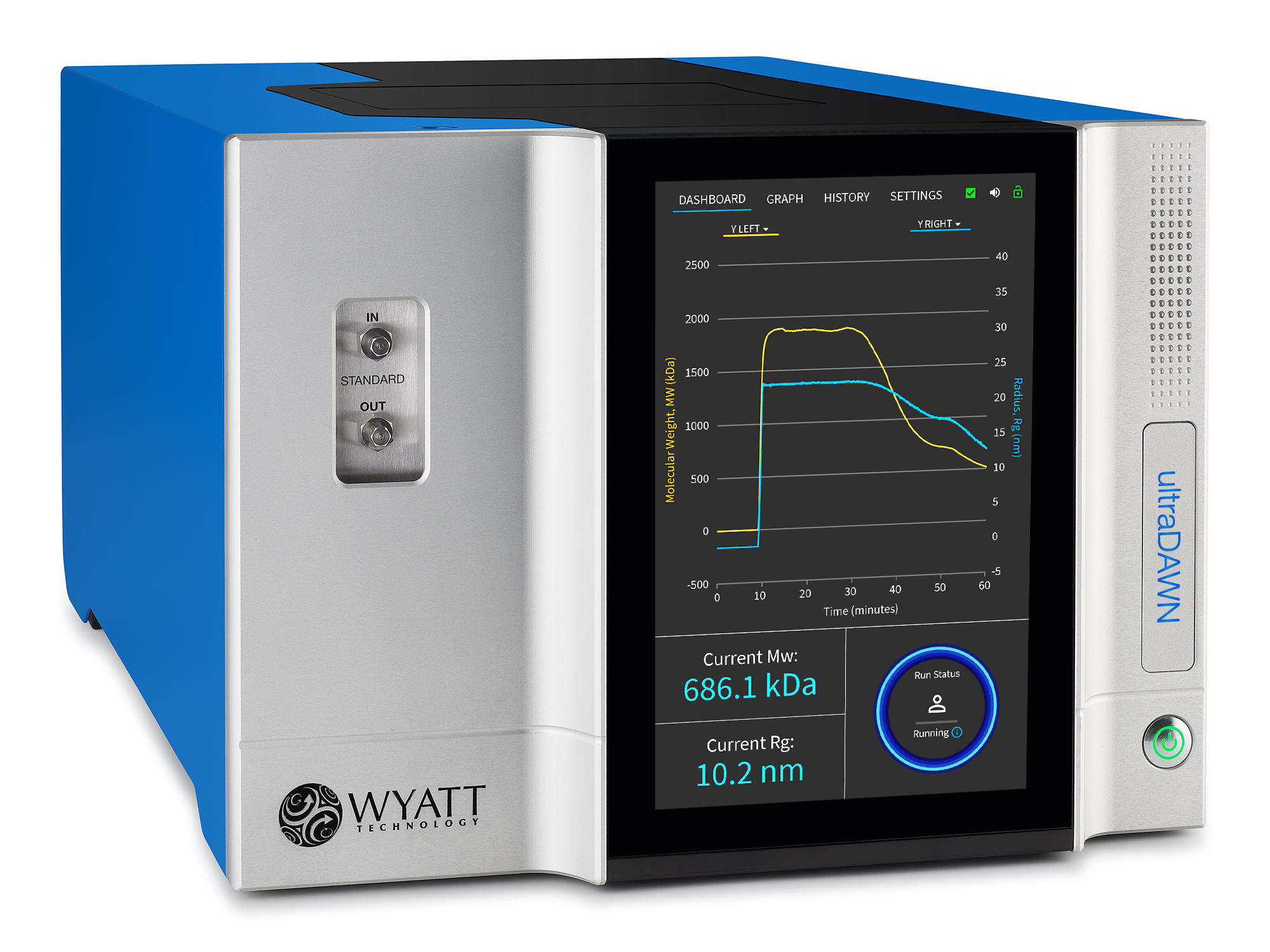 Whereas MALS is traditionally used in the analytical laboratory, it can also be utilized to develop, monitor and control production processes for nanoparticles, biopharmaceuticals and polymers. RT-MALS, which determines weight-average molar mass (Mw) and z-average rms (Rg) in real time, is used in PAT environments to indicate a process endpoint or flag deviations from acceptable product attribute values. This technique is implemented with an ultraDAWN™ MALS instrument and OBSERVER software. 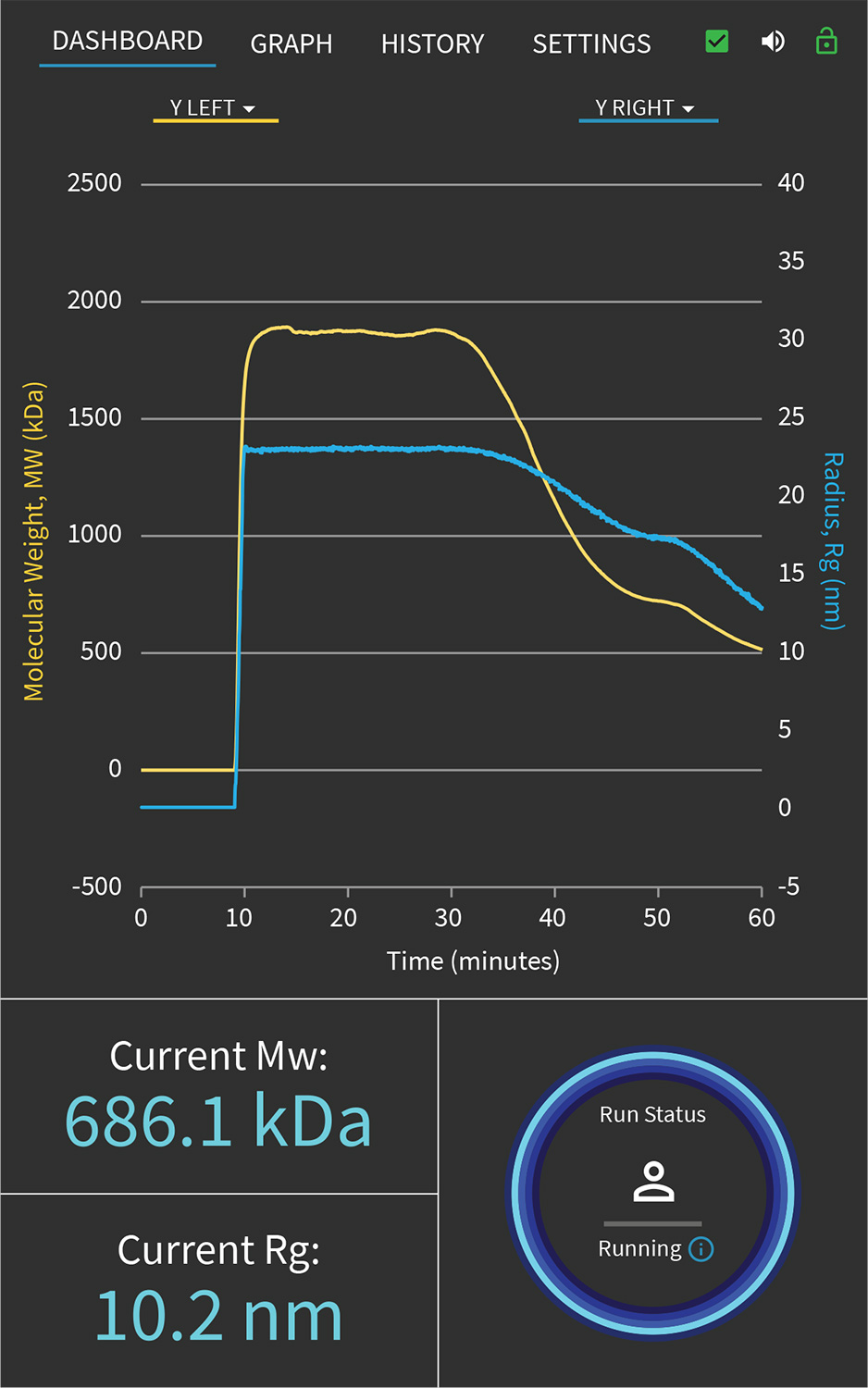 Traditional PAT monitors process parameters such as concentration, temperature, pH and feedstock. RT-MALS represents a breakthrough in process analytical technology for production of nanoparticles, biopharmaceuticals and polymers, since critical quality attributes can be monitored directly, in-line or on-line, for rapid feedback on product and process quality.RT-MALS is appropriate for advanced products such as polysaccharide antigens, monoclonal antibodies, drug-containing liposomes or gene-vector VLPs where it quantifies aggregation, size and molecular weight. UltraDAWN measures primary CQAs, when and where it counts most: on the manufacturing floor.

UltraDAWN is part of the DAWN family of multi-angle light scattering instruments, incorporating detectors at 18 scattering angles plus one for light transmitted through the flow cell. Unlike the DAWN, miniDAWN and microDAWN instruments which are optimized for use with analytical HPLC and UHPLC, the ultraDAWN is appropriate for process environments. It is the only MALS instrument that integrates with OBSERVER software, providing solutions for:

• Process or slipstream flow rates from 0.1 mL/min to 5 mL/min

In-line - For continuous processes that take place at flows below 5 mL/min, such as microfluidic drug encapsulation or chromatographic purification steps, in-line RT-MALS provides the shortest feedback loop while the ultraDAWN samples the entire process stream.

On-line - When processing takes place within a fixed volume such as a homogenizer, or when the process flow is greater than 5 mL/min, a bypass stream is diverted from the manufacturing process to the ultraDAWN. RT-MALS data are produced in near-real-time.

At-line / Off-line- For detailed analysis, products can be characterized by techniques such as SEC-MALS or FFF-MALS. These provide complete, high-resolution distributions of molar mass and size, though not in real time. A standard DAWN® MALS instrument is employed along with an SEC system or an Eclipse™ field-flow fractionation system. 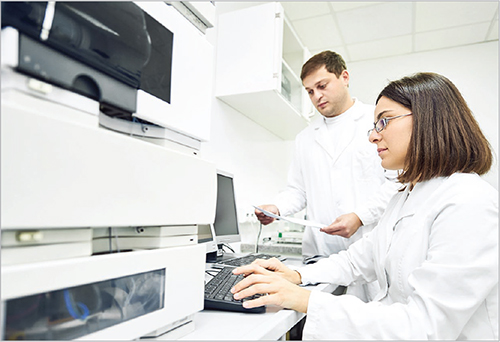 RT-MALS can be implemented early in process development – at pilot plant scales and even smaller, such as regular production of small batches of material for R&D use. Experience with lab-scale RT-MALS paves the way for effective implementation on the production floor.

RT-MALS in Scale-up from Lab to Manufacturing 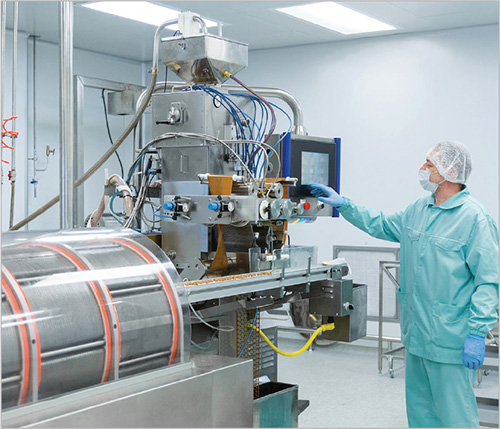 Scaling up often means re-developing the process, requiring off-line analysis of numerous samples collected from intermediate and final steps. RT-MALS greatly accelerates scale-up: it provides real-time feedback, indicating the effect of method tweaks on CQAs, while simultaneously reducing effort and the number of samples analyzed off-line. Unlike complex at-line PAT devices, ultraDAWN can simply be left in the process flow upon completion of scale up, for continuous or periodic monitoring of the final process.

RT-MALS on the Manufacturing Floor 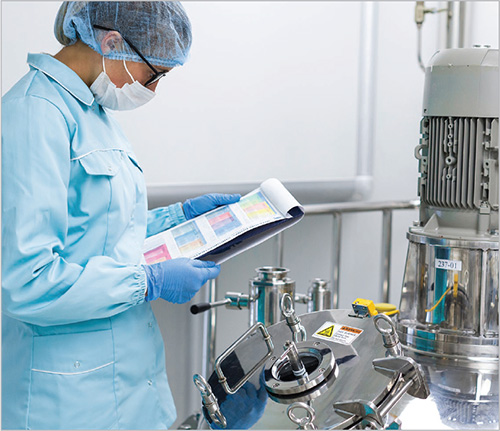 ultraDAWN and OBSERVER software are simple, robust technologies that may be employed in different ways during serial production. During initial stages, technicians can visually monitor molar mass and size, intervening in the process as needed. With increasing confidence in the capabilities and reliability of RT-MALS, engineers may implement fully-automated process control using OBSERVER’s configurable triggers. In both cases, all data can be reviewed post-production to determine if any deviations were encountered.

OBSERVER software provides an intuitive display for setting up and monitoring RT-MALS. Run data can be saved and viewed within OBSERVER or exported to a spreadsheet.

1. Depending on dn/dc, the sample concentration and process conditions, this is typical.

Background - Molar mass plays an important role in the solubility, potency, and stability of polysaccharide-based vaccines. The production process includes a critical depolymerization step to reduce the polysaccharide’s initial weight-average molar mass, Mw, from over 1800 kDa down to less than 350 kDa.

Current methods to monitor molar mass during polysaccharide production employ off-line SEC-MALS analysis, during which a single run can take up to 30 minutes. With a typical depolymerization time of about 90 minutes, off-line analytics cannot provide timely feedback on reaching the endpoint. RT-MALS fills this need and ensures that the process ends as soon as the endpoint criterion is achieved.

Implementation- A polysaccharide solution was depolymerized by ultrasonication at 20 kHz. Molar mass was monitored online, in near-real-time, by continuously pumping a small fraction of solution from the reactor through the ultraDAWN. OBSERVER software was configured to send a trigger to stop the sonication if Mw < 350 kDa, as determined by the release specifications.

Result - RT-MALS demonstrably tracked reduction of the polysaccharide’s Mw and triggered reaction shutdown once it fell below 350 kDa. SEC-MALS analysis of the final product confirmed the desired CQA value. Multiple off-line analyses were eliminated, the time spent by the drug substance in this portion of the process was cut by 25%, and total person hours spent in this part of the process was reduced by at least 50%.

Background - In liposome and lipid nanoparticle (LNP) drug-delivery applications, particle size is a CQA that impacts bioaccessibility, retention time and biodistribution. Microfluidization is a common method for large-scale production of liposomes within a well-defined size range. The resulting particle size is dependent on a number of process parameters, such as chamber pressure and temperature, which can drift over the course of time.

Current on-line and off-line control methods do not sample the entire lot, and only provide average sizes, potentially hiding pockets of out-of-spec material. RT-MALS ensures batch consistency by in-line monitoring size of the entire batch; the collection stream can be diverted to waste if the particle size falls out of specification.

Implementation - Crude liposome solution containing heterogeneous liposomes with sizes from 150 nm to 800 nm was passed through a microfluidizer. The internal chamber pressure was initially held at 8,000 psig, then changed to 11,000 psig after 25 minutes to simulate an undesirable drift in the manufacturing process. Upon exiting the chamber, the solution passed through the ultraDAWN RT-MALS instrument. OBSERVER was programmed to trigger a diversion of the exit stream if particle size deviated by 2 nm from the nominal CQA value.

Result- Liposome Rg was observed to be 50 nm, constant to within 0.5%, as long as the chamber pressure was maintained at 8,000 psig. The size decreased when the internal chamber pressure was increased to 11,000 psig. OBSERVER successfully triggered diversion of the process stream when the size decreased below 48 nm. Using the standard procedure of final QC testing alone, the entire batch would have been discarded; with RT-MALS-based monitoring and control, only about half the batch was discarded and the rest, which was collected, met specification. In addition, flagging the issue led to re-calibration of the chamber prior to running the next batch, avoiding further losses.