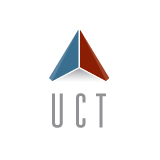 Organosilicon compounds have been known since 1863 when Friedel and Crafts1 first reported the synthesis of tetraethylsilane from diethylzinc and silicon tetrachloride. The first systematic studies on organosilanes were carried out by Frederick S. Kipping and his coworkers at the University of Nottingham from 1898 to 1939,2 work which the American Chemical Society has memorialized by presenting the biannual Frederick Stanley Kipping award for “distinguished achievement in research and organosilicon chemistry.” It was not until the 1940’s, however, that organosilicon chemistry bloomed following the success of the silicone polymers.

Today on the industrial and commercial side of the ledger, organosilanes are found in applications ranging from solutions to synthetic problems to healthcare products to computer chips. On the research side of the ledger they are being investigated as synthetic reagents and pushed ever further in the quest for knowledge of just what silicon can achieve in terms of their bonding.